The Brentwood Imperial Youth Band is a traditional marching band based in Essex, England. The band was founded in 1990 by Mr John Wyndham MBE to provide local youth with an environment to develop life skills in a fun, safe and musical way.

Since 1990 the band has developed into a highly successful group with a renowned international reputation. With over 100 members, led by a cadre of staff who are all volunteers, the youngest musicians are just 10 years old and many of the new recruits join the band with no previous musical experience. With a multifunctional capability, the band performs at concerts, parades and tattoos throughout the year.

The band is a registered charity and is 100% self funded thanks to the fundraising activities that are undertaken throughout the year.

Making the ordinary extraordinary every Monday and Wednesday, 7pm-9pm

Our core values and the reason we are second to none. (Nulli Secundus)

We aim to encourage and train young musicians to develop both mentally and physically for the demands of musical performance. We teach them to play music and march.

Members of our band also learn essential life skills that can help them out in later life. We give young people the confidence to succeed in anything they want.

We are proud to take an open door approach and therefore welcome young people of any ability. No experience needed, no instrument required. Only the desire to learn.

We believe having fun is at the very heart of what we do. We bring joy to young people and provide them with a real sense of achievement and fulfilment.

Become One Of Us 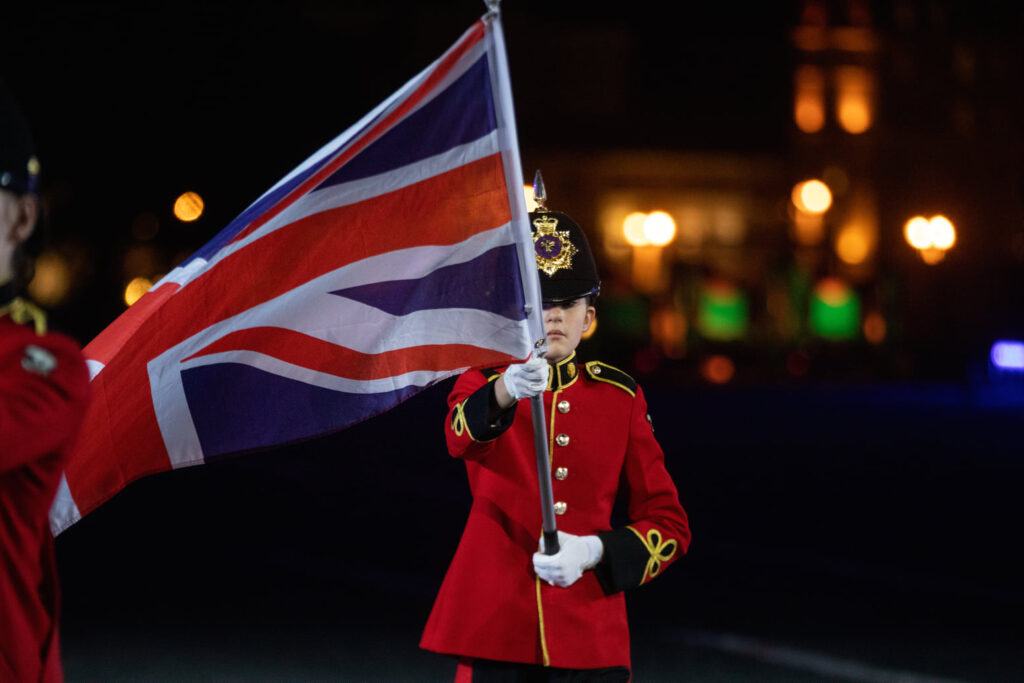 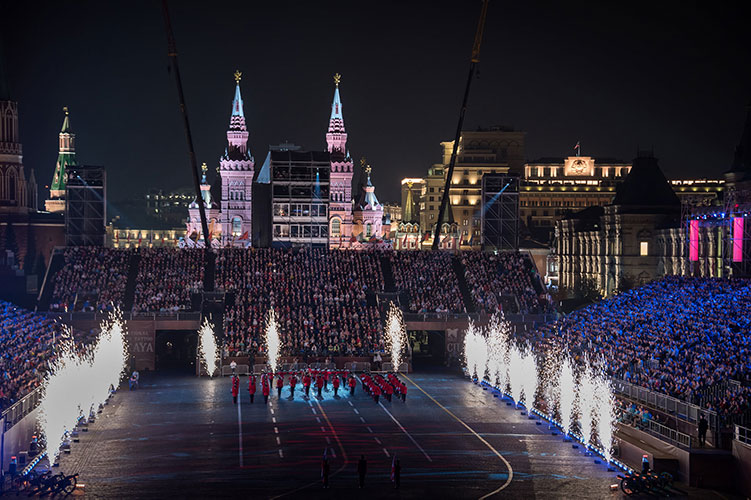 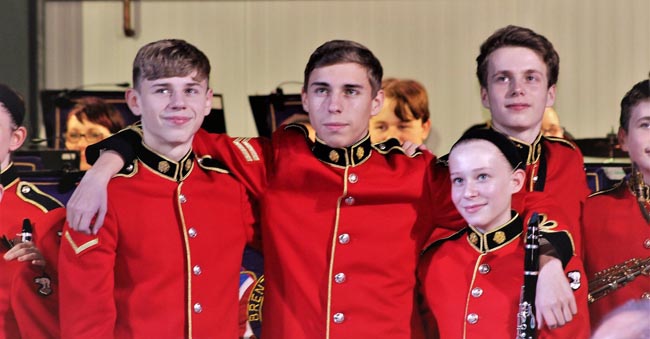 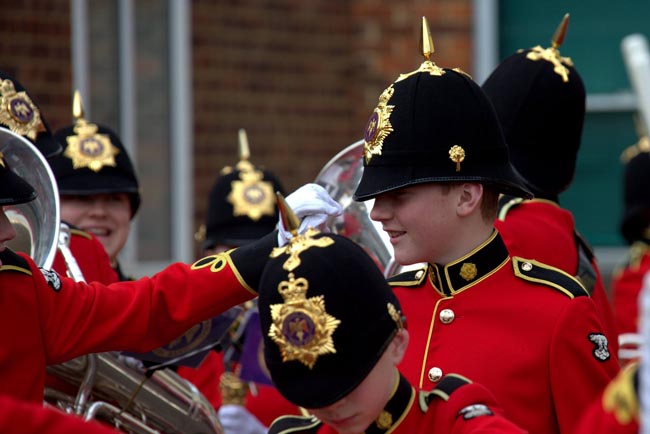 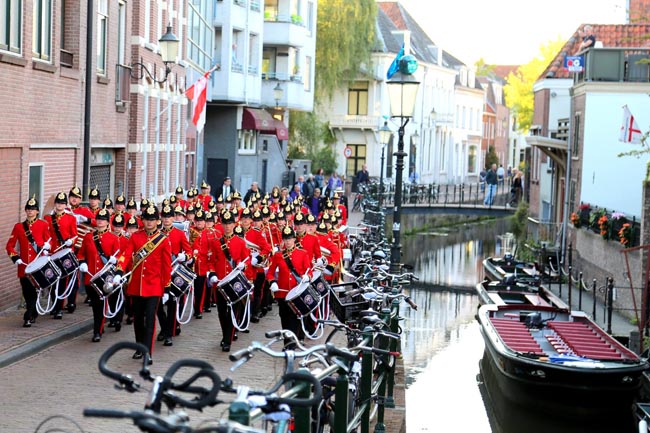 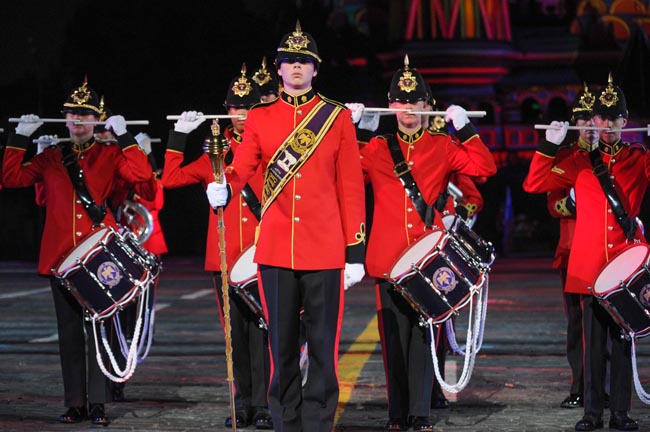 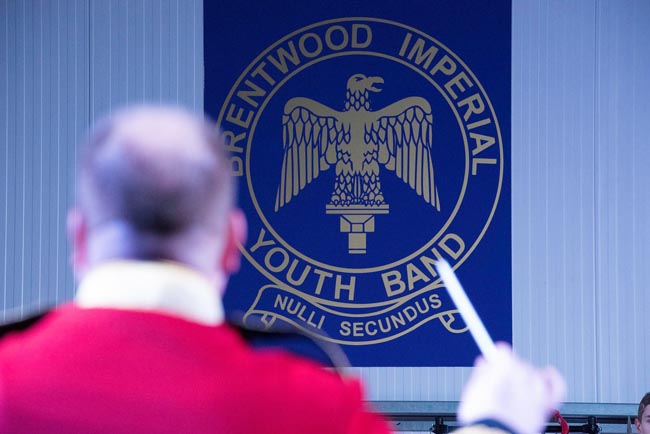 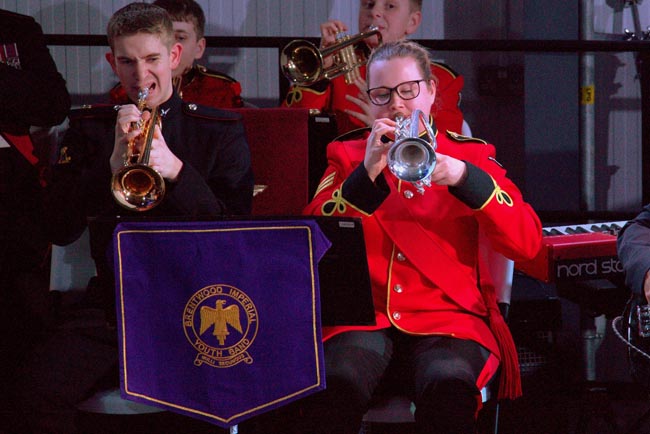 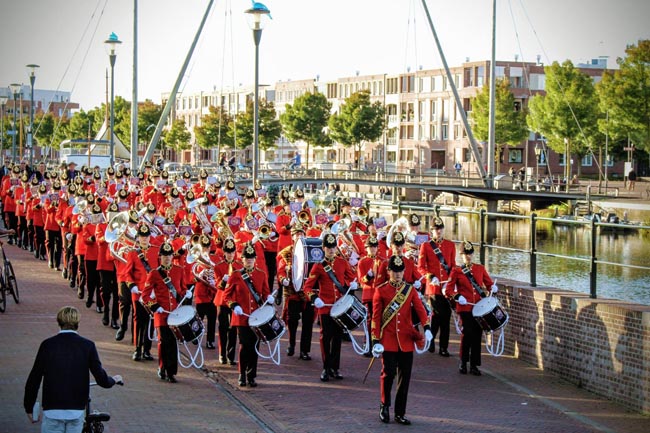 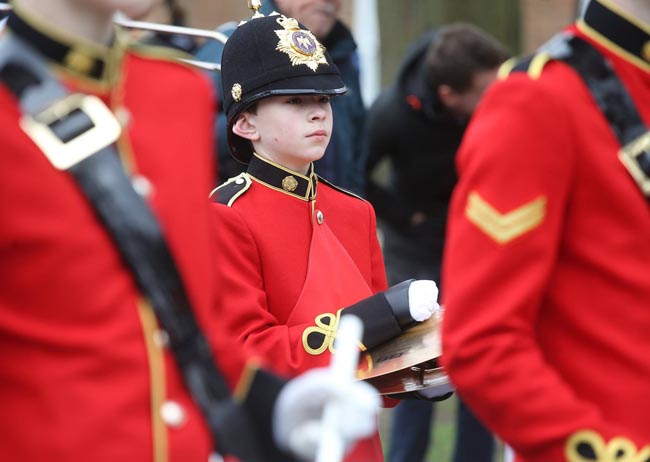 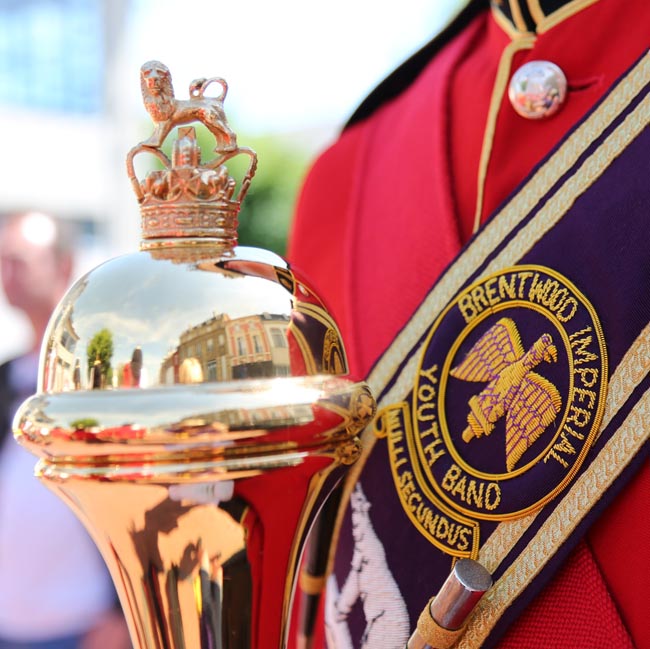 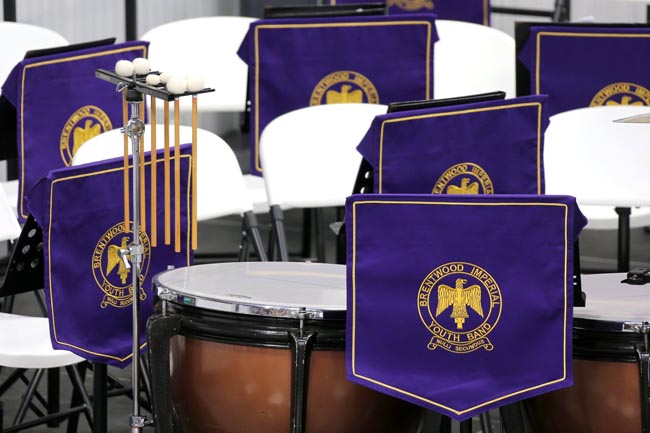 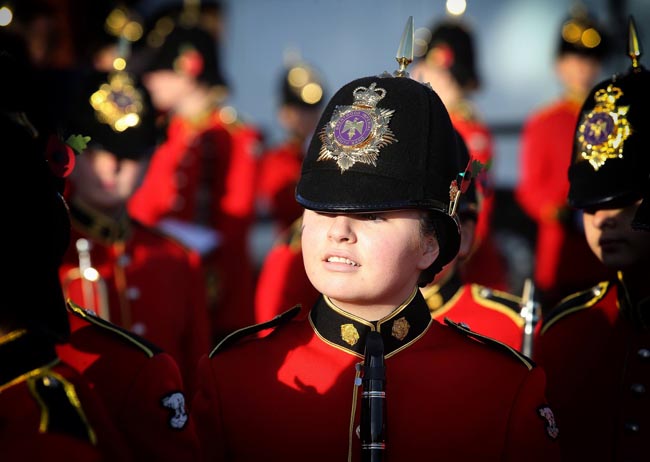 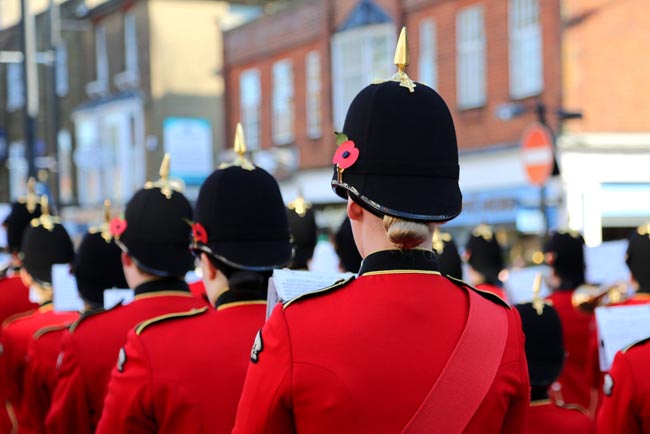 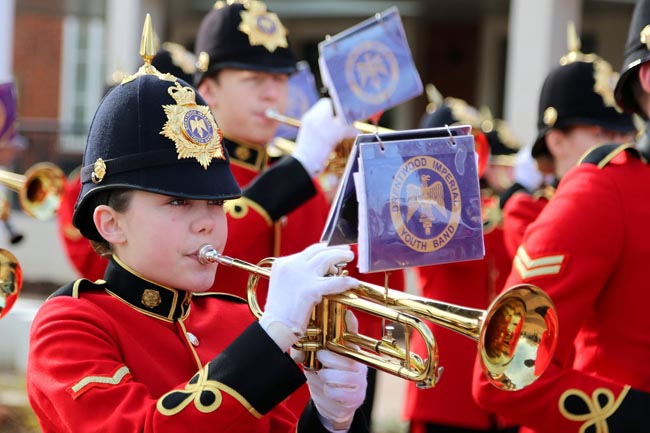 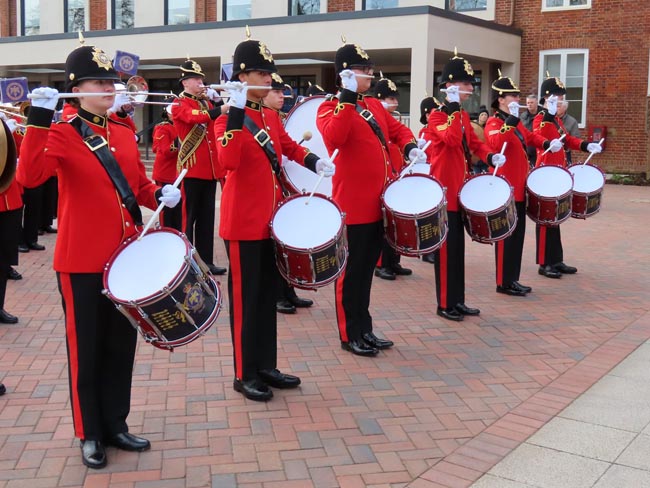 LOOKING TO JOIN THE BAND?

We are looking for new recruits. There are many reasons to join us and we welcome every young person. Be a part of something truly special and discover how the joy of music can change lives. Build your confidence and take pride in developing skills to last a lifetime.

Our History and What we do

Mr John Wyndham MBE founded the band with a vision of encouraging its young members to develop self-discipline and a team spirit. His own positive experiences in the London Sea Cadet Corps gave him the desire to emulate that arena but also to push the musical boundaries further. His achievements are very evident in the splendid youth band we see today.

The bands ethos remains the same today as it was in the beginning, aiming to encourage and train young musicians, to develop them both mentally and physically for the demanding musical schedule of concert and marching performance.

Band members are regularly exposed to a variety of musical experiences such as performing with professional military bands, performing concerts and displays extensively in the UK and abroad and rehearsing twice weekly come rain or shine. The Band’s main endeavour is engagements of a ceremonial nature and as such lead Brentwood’s Remembrance Parade and through its young members helps to keep alive acknowledgement of the sacrifices made by service men and women of the Armed services. 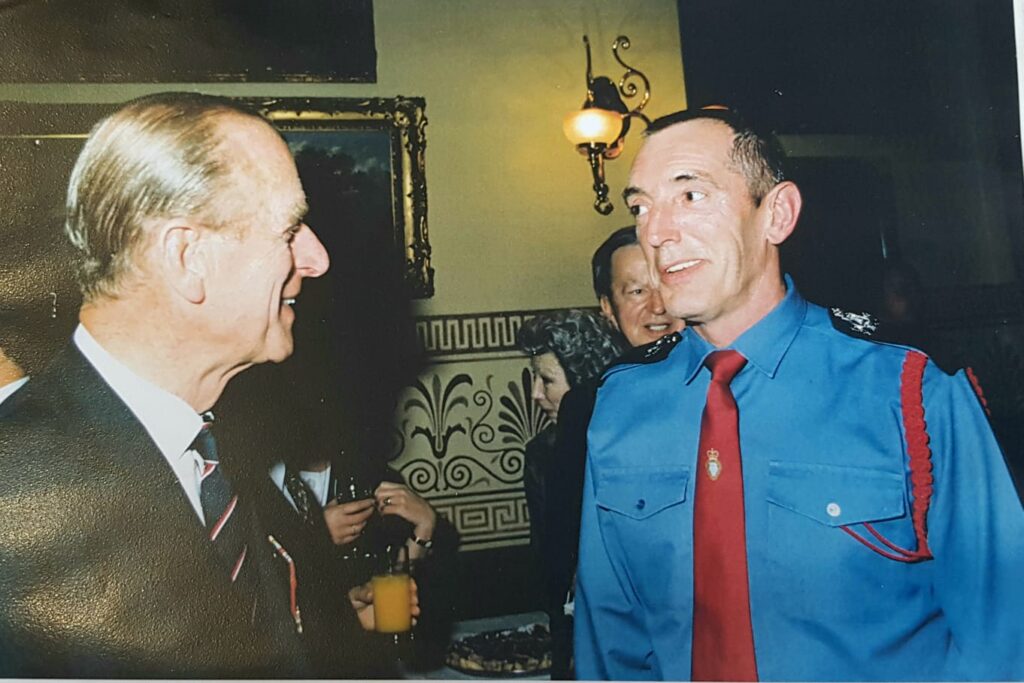 Help the band with a donation through Total Giving.

Discover the people who make up Brentwood Imperial Youth Band. 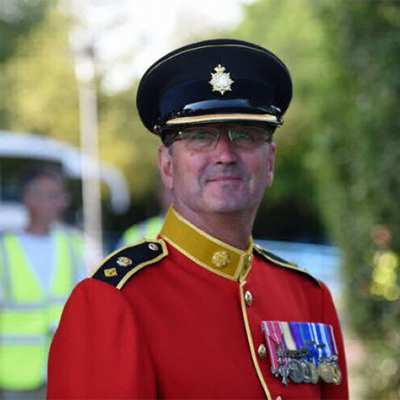 Lieutenant Colonel Graham Jones started his military career as a musician in the Royal Artillery Band where he studied the harp under the world-renowned harpist Maria Kachinska.

In 1981 Graham was selected to become a Bandmaster and he attended the Bandmaster’s Course in 1981 at the Royal Military School of Music, Kneller Hall for three years. The culmination of his efforts produced prizes for composition and orchestration and resulted in his first appointment as Bandmaster of 16/5 The Queens Royal Lancers, during which time he was made a Member of the British Empire for his outstanding service to the Regiment.In 1994 he was commissioned in the rank of Captain and appointed as Director of Music, The Lowland Band of the Scottish Division. In 1997 he moved to the Band of the Light Division based in Winchester, Hampshire. Three years later he was promoted to Major and posted to Headquarters Army Music, Kneller Hall as Officer Commanding the Training Development Team. Whilst there he was instrumental in pioneering the Army accreditation programme, linked to Trinity College of Music, London.In August 2001 Major Jones achieved his life-long ambition by being appointed Director of Music, Coldstream Guards – a position unequalled in Army music. Having received his Master of Music degree from the University of Reading, Major Jones went on to gain his Doctorate of Music Arts (DMA) with the University of Salford graduating in the summer of 2006. Lt Col Jones is the first army director of music to gain a DMA. He is much in demand as a lecturer, adjudicator and conductor both in Europe and the United States.In December 2007 Lt Col Jones was appointed Senior Director of Music and in May 2008 he was promoted to Lieutenant Colonel becoming Senior Director of Music, Household Division. Lt Col Jones retired from Army Music in November 2011 after a glittering career spanning almost 40 years of service. 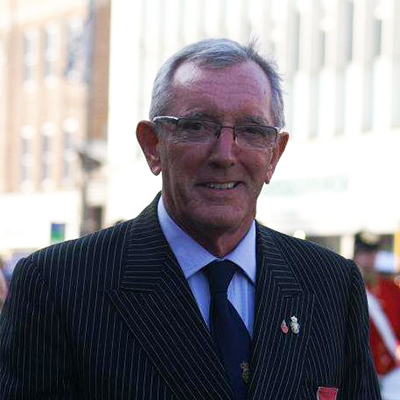 Following a lifetime of interest and participation in traditional and modern music, I founded the band that is now known as the Brentwood Imperial Youth Band.
In the beginning, I was responsible for every aspect of the band. Now I enjoy the role of chief administrator thanks to the support, dedication and expertise of the volunteer instructors and staff whose assistance had made the band what it is today. 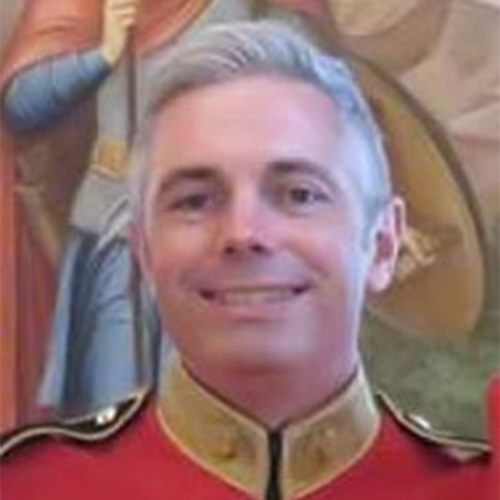 Johnpaul is the Director of the Brentwood Imperial Youth Band. Prior to his current role of Band Director, Mr Wyndham was the Imperial Band Sergeant Major for 23 years. During his 23 years service as the Band Sergeant Major he toured with the band all over the United Kingdom, Europe, and as far West as California, USA, and as far east as Moscow, Russia.
As with all of the adult training staff at the Imperial Band, Mr Wyndham is an unpaid volunteer. He commits his time driven by a personal determination that all young people should have the opportunity to learn music and be able to fulfill their ambitions. He also has a son and daughter in the band – third generation. 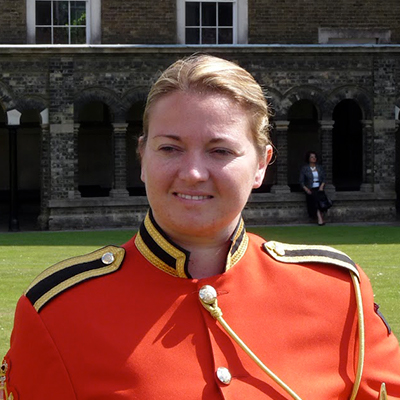 Jayne began her musical career at the age of 10 and joined the Brentwood based marching band to expand upon her musical studies. Jayne toured internationally with the band and now assists as an instructor, guiding new members. Jayne excels at fast tracking talent so that all beginners are able to make a musical contribution to the band as quickly as possible. 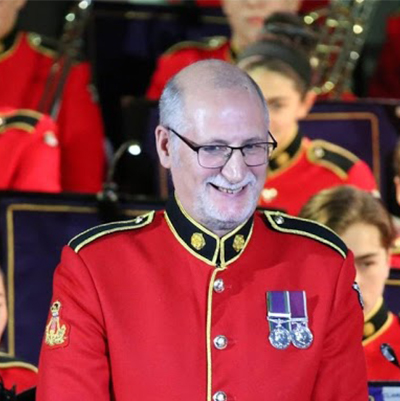 Ken began his musical career in boy service in 1964, at the age of 15. He first joined the regimental band of 15ht/19th The Kings Royal Hussars in 1967 and attended Kneller Hall in 1967/68. In his time with the Hussars Band, he was stationed in Germany and Northern Ireland. After nine years, he transferred to the Staff Band of the Royal Army Medical Corps and was based in Keogh Barracks in Surrey. As a corps band, they travelled the world visiting military hospitals including Hong Kong and Cyprus. One stand out memory from his band was welcoming back the hospital ship Uganda from the Falklands. At this time, he also worked as a peripatetic teacher at a public school in Guildford.
After leaving the army, he played for the Wessex TA band in Winchester and then the Avon Fire Brigade Band. Following a 20 year break from music, Ken joined the Imperial band after relocating to the area. 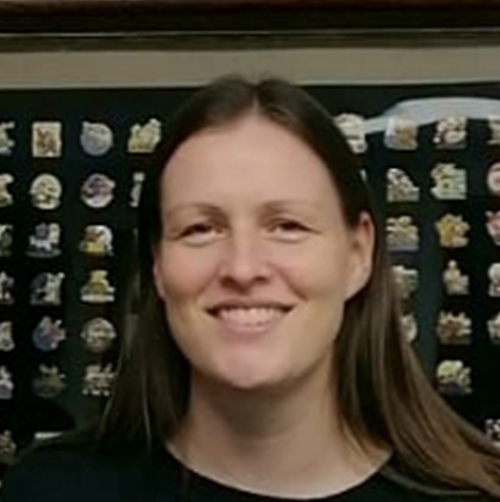 Julie joined in 1992 and has so many wonderful memories of her years in the band, including meeting her husband! She now helps to teach the new children who walk through the band doors wanting to learn the clarinet or saxophone, and as a parent, she loves watching her two boys enjoy being part of the band. The friendships they develop with other like minded children and the skills they learn to provide them with an amazing opportunity to do so many things. 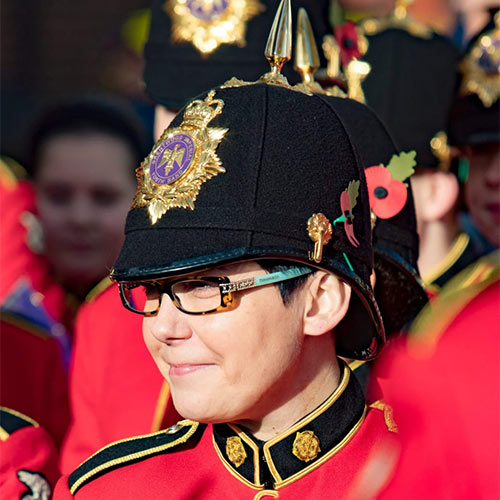 Amanda joined the band aged 11 in late 1991 after the band came to her school to give an assembly.
After her first evening, she was hooked. For her, the band was more than just making music. Amanda has performed with the band at the festival of Remembrance, marched in the parade of Roses in California, VE day parade in Holland, and was a part of the winning national championships band at the Royal Albert Hall.
Amanda has three daughters, who she has introduced to band life. She now is an instructor teaching beginner trumpet players.
Amanda finds it such a joy to share her passion for music and military-style marching bands with her children and all the band family.
For her, the band is more than just playing an instrument, it’s about team work and being part of an extended family full of fun and friendship. 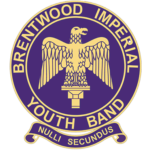